A Guide to The Bombay Cat Breed’s Personality

Having a pet is a great joy for a lot of people. They bring along friendship, companionship, loyalty, cuteness, etc. This is why they are often loved by humans. There are many varieties of pets that humans own but the two standout animals are dogs and cats.

Cats are the second most owned pet. They are quite interesting creatures. They are silent, witty, and friendly but can as well be mischievous and feisty. They are a member of the Felidae family which consists mostly of wild cats but they are domesticated.

There are many breeds of cats. They may differ physically but most of them have closely related characteristics. The domestic cat although a carnivore is social and human-friendly, unlike its other cousins.

Their body is built in a way that is sleek, flexible and strong. They typically have sharp teeth, sensitive ears and noses, sharp eyes and quick reflexes. All these make them agile as well as nimble and their tails provide them with good balance. One of these many breeds available is the Bombay cat. 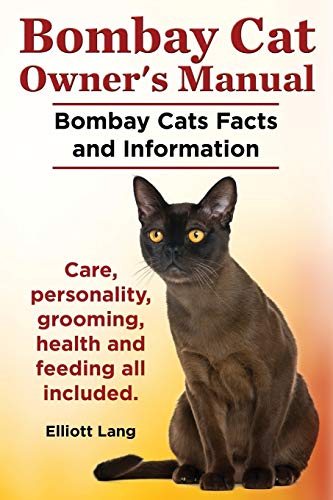 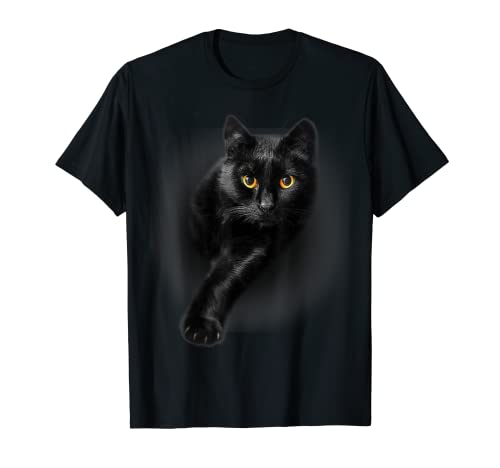 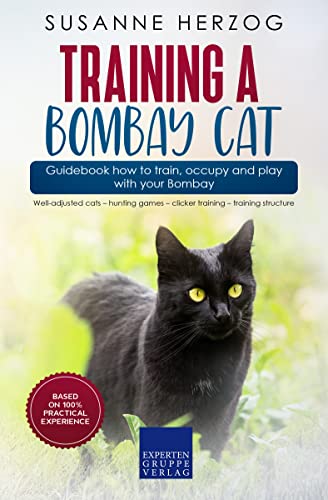 Training a Bombay Cat – Guidebook how to train, occupy and play with...
$4.99
Buy on Amazon
Bestseller No. 4 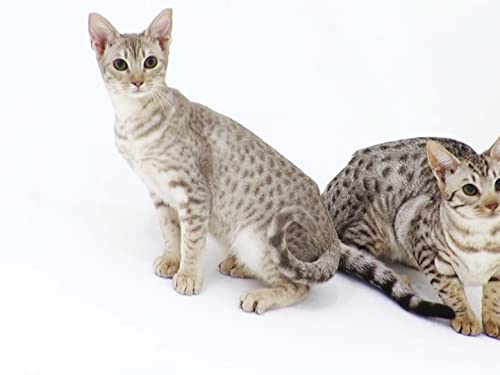 Ocicat, Selkirk Rex and More
Buy on Amazon
Bestseller No. 5 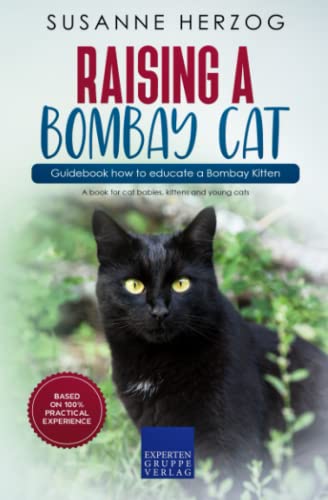 1 Reviews
Raising a Bombay Cat – Guidebook how to educate a Bombay Kitten: A...
$12.99
Buy on Amazon
Bestseller No. 6 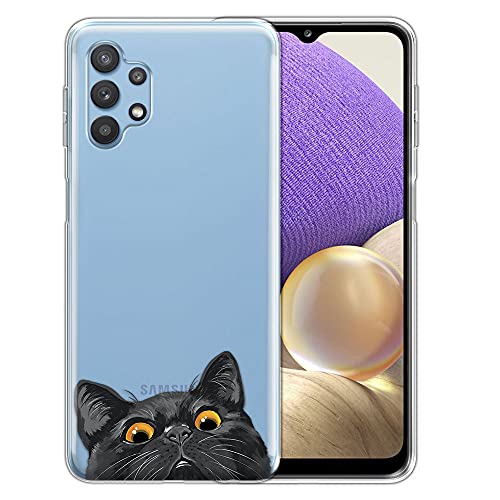 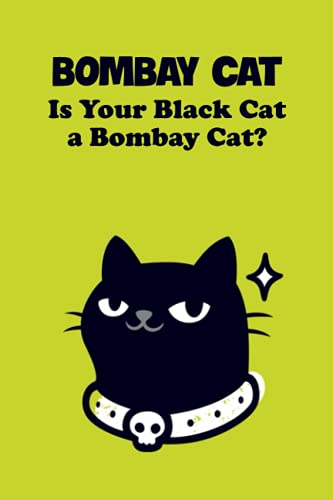 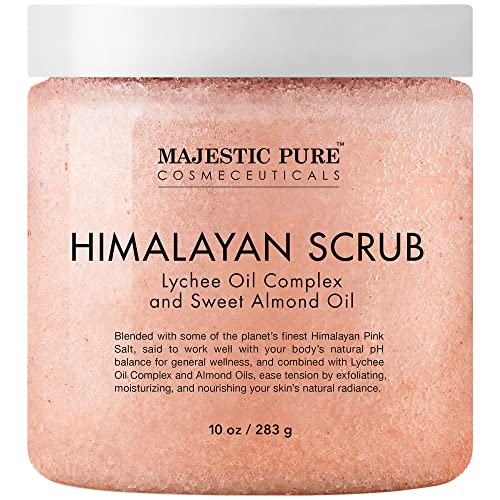 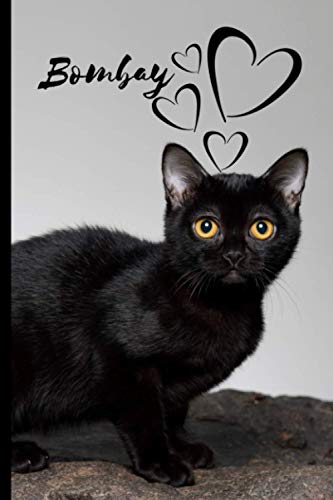 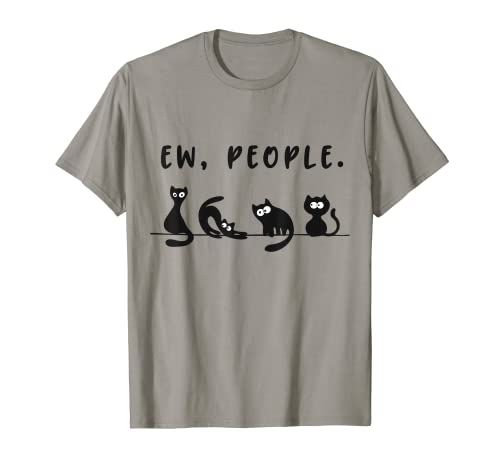 History and Appearance of The Bombay Cat

The Bombay cat is most times referred to as a little panther. This breed is a medium-sized feline that is friendly, well-balanced, alert and outgoing. They are muscular and surprisingly have a lot of weight even for their size.

Bombay cats have a medium-sized round head, body and tail. Their ears are wide-set with a modest nose and large rounded eyes that are wide-set. This breed typically comes in glossy black fur with a golden eye color which makes them appear intimidating.

All of these are just a facade because when you get to know this feline, they are quite relaxed, loyal and friendly. They like to cuddle and are quite easy to relate to.

This breed is developed by breeding black American Shorthair and sable Burmese. It started with Nikki Horner who had an idea of creating somewhat of a mini panther in the 1950s. As a result, this breed has a body shape akin to a Burmese and the black color coat of the American Shorthair. This cat breed is named for Bombay a city in India.

Creating the Bombay cat took a lot of trial and error but Nikki Horner finally got what she wanted. Interestingly, even with its beauty and striking features, the Bombay did not gain recognition until 1970. This was when it was accepted by the Cat Fanciers’ Association (CFA).

This breed is considered to be an Asian shorthair and it is not as common in North America or the United Kingdom. However, it has dedicated followership even in these places. You can read more about its history here.

In the late 1950s, American breeders wanted a cat with the build and appearance of the Burmese but wanted the cat to be a deep, shiny black like patent leather. Hopefully, that breed would resemble one of the Indian black leopards. To do this, a breeding program was launched using the Burmese and a black American Shorthair cat with bright coppery eyes. The resulting cat was named Bombay to commemorate the black leopard, which it resembles.

Bombay was recognized at the end of the seventies, and although they are still not very common, Bombay is very popular with the public in all the exhibitions in which they are shown.

The Bombay cat is an endearing one. They are playful, lighthearted, loving and agreeable to most suggestions from their owners. This is especially if it includes a lively game such as cuddling on the couch or playing fetch. This means that if you are looking for an independent and aloof feline, then the Bombay cat is not for you.

They have the free and easy nature of the American Shorthair as well as the inquisitiveness of the Burmese. They are also friendly and chatty and like to stay a lot around humans. As long as they are the focal point of attention, they are happy and excited.

Because of their mixed-breed nature, they sort of strike a balance between the vocal Burmese and the modest American Shorthair. However, they tend to look more like the Burmese with the declining visibility and prominence of the American Shorthair.

You will find these intelligent cats exploring their environment and being inquisitive especially when they are bored. It is therefore important to keep them busy to prevent them from rummaging through your stuff.

If there is a need to get across to you with something important, the Bombay cat will let you know. You can trust them to peer down at you with their hypnotizing and intimidating eyes. They will keep at this until you give them the attention they need.

They have some clever ways of trying to gain attention. When you sit, be sure to find them beside you not long after. They simply will follow you everywhere you go around the house and keep an eye on all your moves and chores.

Bombay cats are family-oriented and do well with kids. They bond with the whole family rather than with one person and will even play with dogs. They are also quick to adapt and do not mind staying on a leash if they are trained to do so.

An active and curious cat, the Bombay loves to observe the world around him, and can be so affectionate as to require his owner to spend some time together.

Mumbai at a glance

Younger Bombays are active and curious cats and adapt very quickly to changes. They love to observe the world around them at any age, and their favorite place can often be a window from which they can keep the outside world. These cats are very affectionate and sometimes require their owners to spend some time together.

Bombay is well known for jumping onto a person’s lap and spreading its beautiful body over the newspaper they were reading. However, as they get older, some Bombays can become somewhat too laid back, preferring to watch rather than participate in activities.

With its distinctive gait, the Bombay appears to sway, not unlike the Indian black leopard.

Tendency to lose hair: get low

The sleek, short fur of the Bombay cat does not require much work. You may brush it in a few strokes once a week. You may also rub them with chamois to remove dead fur and prevent hairballs as well as excess shedding. You should also try to take care of their teeth, check their eyes and ears for discharge and remove this if present.

When it comes to their nutrition, they should be fed with commercial food containing a named protein such as lamb, salmon, or chicken. Their diet must also contain the appropriate amount of taurine. Taurine is an amino acid that helps to keep them active and make their coats shine.

Bombays are known to grow slowly so ensure to provide them with the nutrients they need to aid their growth. The ideal amount of food to feed your feline is based on their age, weight and activity level.

When cared for and fed well, they can have a lifespan of up to 20 years. They are mostly a healthy breed but you should ensure to take them for regular veterinary checkups. One common health problem they may have is sinus problems. You may read more about them here: http://www.vetstreet.com/cats/bombay.

The Bombay is a very compact cat both in terms of looks and feel, and it packs a lot of punch. It is a good climber and jumper and should have shelves and cat trees. The Bombay is a stocky cat with a muscular build, and you may need to watch his diet closely to avoid obesity, especially if he doesn’t get much exercise.

Although adult Bombays are easygoing, they love to have their daily playtime. They love to be adored by their owner, rubbed on their stomach, and petted. A daily pampering session is essential for any Bombay.

The Bombay is a cat with a medium build and a gleaming jet-black coat like patent leather. The skull is slightly rounded and has rounded ears and a broad muzzle. Her beautiful copper or gold-colored eyes are set relatively far apart and are intense and expressive. The body is firm and muscular, with a straight and strong back. The nose and eye contour are black, and the paw pads are black or dark brown.

Country of Origin: Great Britain and USA: Bombay is one of the cats of the Asian group that emerged when some breeders wanted to create Burmese-type cats with colors not typical of the Burmese. In the UK, Bombay is the black version of Asia.

Bombays tend to be long-lived and live quite well into their later years. There are no known diseases specifically related to this breed, whose presence in the United Kingdom is reduced to a few specimens.

Every cat is unique and has particular likes, dislikes, and food needs. However, cats are carnivores and must obtain 41 different and specific nutrients from the food they eat. The ratio of these nutrients will vary based on age, lifestyle, and overall health, so it’s no surprise that a growing, energetic kitty needs a different balance of nutrients in her diet than a less active senior cat. Other considerations are feeding the right amount of food to maintain ‘ideal body condition based on the feeding guidelines and addressing individual preferences for dry or wet food recipes.

Bombay’s short, shiny coat does not need excessive grooming, but the cat will like the attention given to it during grooming. As in most short-haired breeds, these cats know how to take good care of their fur. Like all cats, Bombay cats need vaccinations to protect them from disease, regular parasite control, and annual veterinary check-ups.

Although it is not one breed that gets along best with children, all cats are different, and with proper familiarization, they can live with them.

The Bombay is a medium-sized cat. If you hold it, it’s considerably heavier than it looks. This breed is strongly built and somewhat compact, although it is very muscular and has robust bones. The Bombay is round all over. The head is round, the tips of the ears are rounded, the eyes, chin, and even the feet are round.

Bombay’s coat is short and shiny. When the hair is in good condition, its deep black color looks like patent leather. Bombay has a characteristic gait. His body seems to sway as he walks. Again, this gait is reminiscent of the Indian black leopard.

Cats come in a wide variety of breeds and each has its standout personality and characteristics. If you like an amiable, cuddly and family-oriented cat, one that readily makes the cut is a Bombay cat. Based on the above characteristics, you are sure to enjoy having them around.

5 Rules How To Wear Pastel Colors This Summer

A Guide to The Bombay Cat Breed’s Personality