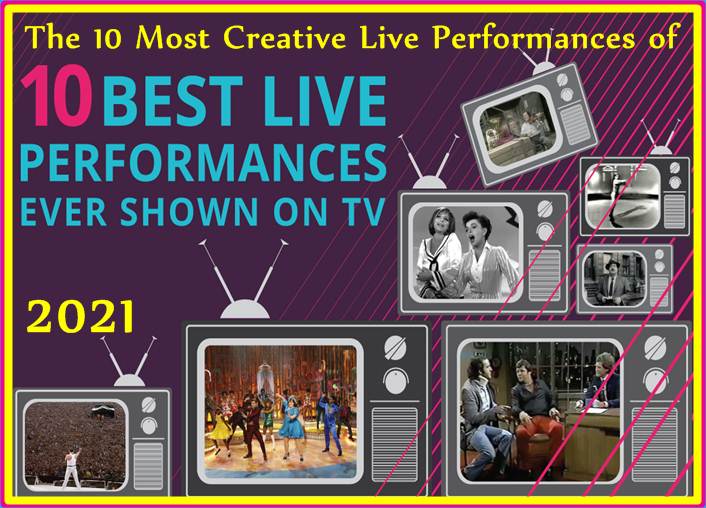 W is doing something a little different for our “Best of…” lists this year. It seems fitting that such an atypical 12 months deserves a new kind of recap. Instead of ranking our favorite songs, albums, movies, and television shows, we’ve assembled a list of moments in arts and culture that defined 2020.

We’re calling them “Silver Linings”—the most exciting creative feats that brought us joy during an otherwise tough year. We’re also listing our favorite live performances, collaborations, and production stunts that seemed impossible to execute during the pandemic, carried out by creatives who saw limitations as an opportunity to innovate.

Back in March, it seemed like Instagram Live was the only outlet for artists whose stadium-size stages were ripped out from under them. If spectators wanted a live performance, their favorite celebrities riffing on what they were cooking that day, or singing the lyrics to “Imagine” were what could be expected for the near future. “Bleak” was an understatement.

But as the pandemic wore on, those same artists put their creativity and resources to work, churning out innovative live performances that, at times, were even more impressive in their ingenuity and edginess than shows they’d put on pre-pandemic. In no particular order, we’re giving flowers to the top 10 artistic works that transported us from our sofas to concert arenas in 2020.

The 10 Most Creative Live Performances of 2020

Bad Bunny at the Latin Grammys

Bad Bunny might have been the musical MVP of this year. After releasing three new albums, making the covers of multiple magazines, and topping the musical charts in the U.S. and abroad, the Puerto Rico native appeared on the Latin Grammys to perform “Bichiyal” and “Si Veo a Tu Mama.”

His glittering white outfit and paisley two-piece is a treat already—being surrounded by women riding four-wheelers, then joining a fleet of aunties on a checkerboard lit stage made the show all the more enthralling. This performance is followed in close second by another Bad Bunny live concert—this one, of a different kind. The “La Canción” singer boarded the roof of a bus and drove from the Bronx to Harlem, playing his hits.

Gunna released his second album “Wunna” this year, and like other artists who chose 2020 for a release date, the Georgia rapper was denied an opportunity to tour. Instead, he got a group of musicians to perform songs from the record on a roof in Los Angeles. What we wouldn’t give to be transported there right now.

If we could give one artist an award for most innovative digital performances of the year, it would indisputably go to Erykah Badu. Not only did she give one of the best Verzuz battles with Jill Scott in May, she created the quarantine concert series “Apocalypse.” Each show was wackier, more enthralling, and went deeper into Badu’s fantasies than the next. It all culminated in Number Three: replete with costumes; musicians wearing hazmat suits encased in clear plastic igloos; and flashing, multicolored lights.

In the days leading up to the VMAs, many questions were asked—namely, how the hell was it going to happen? And although the resulting show was basically the Lady Gaga Variety Hour, (since the “Shallow” artist was one of the only musicians to appear IRL,) her nearly 10-minute performance, which included an appearance by Ariana Grande, was a standout moment in pandemic arts history. It also served as ample proof that anyone can wear a mask while doing anything—even if the girls were, indeed, lip-syncing.

The whistle tones heard ‘round the world.

In a year where we’ve all been relegated to our homes, no one is doing at-home performances like Chloe x Halle. Singing songs from their second studio album Ungodly Hour, they have conjured up some of the most visually enchanting virtual performances throughout quarantine, with a production values that rival pre-pandemic studio shows.

Megan Thee Stallion, The Apple Music Awards – The 10 Most Creative Live Performances of 2021

I had no idea the Apple Music Awards even existed, but a 20 minute Megan Thee Stallion rodeo show? Sign me up.

Fleet Foxes on A Late Show With Stephen Colbert, “Can I Believe You”

This performance, from one of the best albums released this year, is gorgeous, plain and simple. Fleet Foxes lead singer Robin Pecknold joins the Resistance Revival Chorus inside the high-ceilinged, Gothic walls of a church to sing “Can I Believe You,” while footage of other members of the band, safely distanced in other locations, are spliced in.

NPR’s banner concert series, which centers around the environment of a “Tiny Desk” in their D.C. offices, still managed to excel, despite not taking place in its trademark settings. We couldn’t decide on just one favorite—but Dua Lipa and Hayley Williams’s shows are absolutely worth the watch.

Try watching this video on www.youtube.com, or enable JavaScript if it is disabled in your browser.

The Top Live Bands Of All Time

What is a live performance?

Live performance means any play, show, skit, dance, or other exhibition performed or presented to or before an audience of one or more, with or without consideration. Sample 2. Based on 22 documents.

Why are live performances better?

Searches related to The 10 Most Creative Live Performances of